Is there any room for mountain dulcimer in this project? It seems well suited since many of the songs in the portfolio lend themselves quite nicely to dulcimer and most dulcimer players play by ear.

Hi John,
Good question! Both traditional bluegrass and Appalachian Mountain dulcimer are forms of American roots music, so yes, the two genres CAN cross over and CAN be played together on many tunes. This site, with its tunes and chords, CAN be played by ear on dulcimer, depending on the player's level and ability to play in various bluegrass keys. You probably know a lot of this, but I am responding mainly as a dulcimer player who crosses into both genres and for bluegrass musicians not knowledgeable about the dulcimer. I feel that the room on this site is best suited focused on traditional bluegrass. It is up to us dulcimists to take the info here and apply it to our unique, traditionally non-bluegrass dulcimers.

Reflections on my experience and questions I ask myself when approaching bluegrass as a dulcimer player:

The dulcimer can easily fit into basic three-chord progression tunes in the genres of bluegrass, old-time, Celtic, contra, and folk. I love the freedom of choice and versatility!

I am unsure about the inclusion of dulcimer in a bluegrass line up. Bill Monroe didn't and although I love old timey, I don't see much evidence of them there either. As an accompanying instrument to song or in a duo situation with, say fiddle, fine. By the way, I love the music of the late Jean Ritchie but I see not evidence of her having string band or bluegrass involvement

Gwen, I love this response. I am very analytical by nature and your explanation was tremendous. Thanks for your time and effort. To be honest, I am not rushing out to join a BG group any time soon. Honestly, I am a beginner. I am however, trying to build enthusiasm for the instrument locally and have had some success. I will keep this email, re-read, and probably have questions. To be completely honest, I am interested in old-time, Celtic, and folk (Hawaiian tunes may be included in this. Perhaps you already know this. ). Contra? I always thought contra, probably inaccurately, this was associated with Celtic.

I have had a couple of bad experiences with BG groups back east. Out here, BG is thriving in Northern California I think, but seems to operate a little under the radar. Make no mistake though, we do have several popular festivals out here. I am still trying to get a feel for the musical landscape. I am ok however, just sitting around a fire with friends and playing my dulcimer. And if I want a banjo sound, I have a Dulcijo and Dulci-banjo. 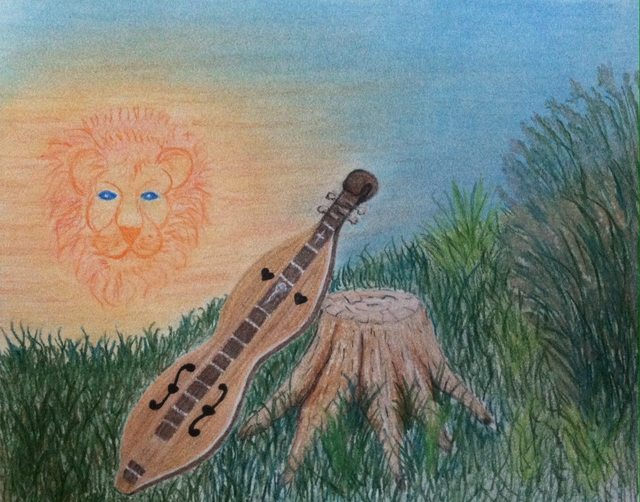 You are welcome, John. It is good that you are working to expand the dulcimer in your area. Just know that bluegrass is bluegrass and dulcimer is dulcimer. I have witnessed disasters when novice dulcimer players blindly rush into a bluegrass jam. They think that they belong by sheer default, based solely on the evidence of owning an instrument made of wood with strings on it. It would behoove us to study up on bluegrass etiquette!

In Southern California, I never brought my dulcimer into any of my bluegrass band performances, it would have been unthinkable. In Northern California, at the huge Grass Valley Festival 25 years ago, where there were already 14,000 people when I arrived on the second day, my dulcimer did not make an appearance.

On the East Coast, I leave the dulcimer in the car at a BG jam until I fully check it out and get a feeling for the atmosphere. I will listen, and if it feels right, ask the jam leader if I can bring in a dulcimer to play quietly in the back. As the jam progresses, I read the body language – if they accept what you are doing, the circle will start to open up a bit to include you. If not, you will see a lot of backsides. I have learned to be sensitive to the body language. A good jamming day for me is when the circle opens up and the leader gives me “the nod” to take a dulcimer break! Then I will hot dog my stuff with a dynamite power break to knock their socks off. If there are looks of approval, then I know I would be welcomed at the next jam. A dulcimer really must earn its place and this happens at only a few jams where the participants might be accepting of a dulcimer.

BTW, ‘contradance’ comes from the French word ‘contredans’, originating as English country dancing in the 1500-1600’s, then becoming popular in France. After traveling to Colonial America, New England became its center and is now heavily concentrated in the Pacific Northwest. Have you heard Mark Nelson’s “Ke Kukima Polinahe: Hawaiian & Polynesian Music for Appalachian Dulcimer”? Might be of interest to you, he plays great dulcimer and slack key guitar.
Feel free to ask questions as you explore!
Gwen

I would love to hear you. Sounds like you tour a bit. Let me know if you are performing in the Bay Area. BTW the Mountain View I live in is in CA not AR!

Yes I know of him. I have his music and book. That is precisely the kind of thing I enjoy. Also I frequently correspond with Janita and Bob of Blue Lion, and the Dulcimer Girls (on mailing list and have communicated with Jayme Kelly Curtis although she has been ill), And of course, who hasn't talked with Bing. I don't know him very well, but I like him. Janita and Bob are nicest people–wow! Oh, without question I love my Blue Lion.

I just love dulcimer. I don't think people understand what this instrument is. In the right hands it can mend and restore your soul. Just like Jake (Shimabukuru) with the ukulele ( I saw him just a couple of days ago and will wee him again in Hilo in a few days. He is one of the world's nicest and approachable people) in the hands of a master a dulcimer is unparalleled as a folk instrument. It is for people with simple needs and satisfies that beautifully.

My ideal place for playing, which I have done with my dulcilele, is somewhere on the north shore of the big island, out at the roads end, looking out on Maui and playing my dulcimer with the voice of the waves in the background. I never have to worry about offending a wave and the wave-it never judges! ; ) I also like playing in the rain forest near a waterfall at dawn accompanied by the birds and the dull roar of the water hitting the pool.